School of Medicine to give lectures celebrating 10th anniversary of SUSTech

On May 29, School of Medicine Dean Mingzhao XING gave the first in a series of medically-themed lectures, entitled “Genetic-guided Approach toward Precision Management of Thyroid Cancer.” 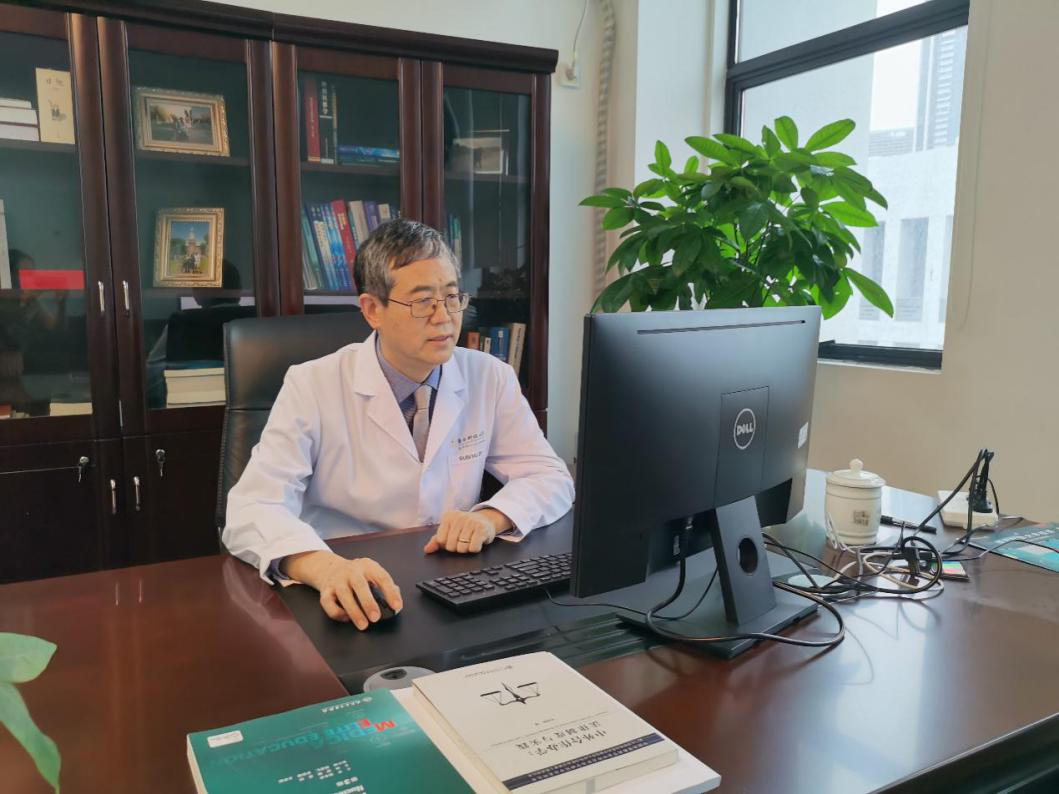 As part of the celebration events for the 10th anniversary of Southern University of Science and Technology (SUSTech), the School of Medicine has organized a lecture series titled “SUSTech School of Medicine Lecture Series in Celebration of the 10th Anniversary of SUSTech .” They will seek to enhance the intense educational atmosphere at SUSTech and improve academic exchanges.

Chair Professor Mingzhao XING joined SUSTech as the founding dean of the School of Medicine on July 1, 2019. Previously, he was a tenured Professor of Medicine, Oncology, Pathology, and Cellular & Molecular Medicine at Johns Hopkins University School of Medicine. Before his SUSTech appointment, he served as Director of the Johns Hopkins Thyroid Tumor Center, and Chief of the Laboratory for Cellular and Molecular Thyroid Research at Johns Hopkins. He has ten patents on biological medical inventions in the United States. He has published more than 170 scientific research and academic articles.

In the lecture, Mingzhao XING first introduced the genetic markers related to the prognosis of thyroid cancer. He spoke about the 2015 ATA (American Thyroid Association) guidelines on thyroid surgical resection treatment and other professional knowledge. His knowledge of cases and research were used to explain the genetic mutations and thyroid cancer surgery methods. One of his key points that determines whether a patient undergoes partial or complete thyroidectomy depends on their genetic mutation.

The lecture focused on the in-depth explanation of the mutation status of the BRAF V600E gene and the mutation of the TERT promoter on the occurrence, development, recurrence, and precise treatment of thyroid cancer. The molecular mechanism and genetic inheritance of thyroid tumors and their clinical transformation and the future research prospects were described from the perspective of molecular genetics.

The lecture attracted many teachers and students, as well as a large number of doctors and off-campus researchers.